Commercial Flights: Finding flights to Puerto Escondido and to Huatulco (two hours away by car) can be challenging. Air carriers, schedules and fares change frequently. Fares are often high and include at least one stop in Mexico City. Refer also to the transportation page for air carrier information.

Vivaaerobus flys in once a day. ww.vivaaerobus.com/en (7/15)

Interjet flys in a few times per week. www.interjet.com.mx (7/15)

Aerotucan is a small airline that operates a 13-passenger Cessna Caravan between Huatulco, Oaxaca and Puerto Angel. (06/16)

Taxis: As with most Mexican airports, taxis FROM the airport are quite expensive. And if you have someone come to pick you up, they will have to pay 40 pesos to get into the airport and another 40 pesos if they pick you up.

General Aviation: General aviation is as popular in Mexico as in the U.S. and I don't know why. When I was there in 2009, there were only two GA planes based there. They do have a fuel truck with 100LL fuel and service is excellent. I let them know I would be needing fuel after my playa-photographing trip and the fuel truck was rolling before I had parked the aircraft. Parking is on the west side of the terminal. The Commandant's office is to the right as you enter the terminal from the street and access to the GA area is through the ticket counter. Takeoff Video   a youtube video of the takeoff by tomzap.

Oops: Check out this interesting photo of a gear-up landing at Puerto Escondido. 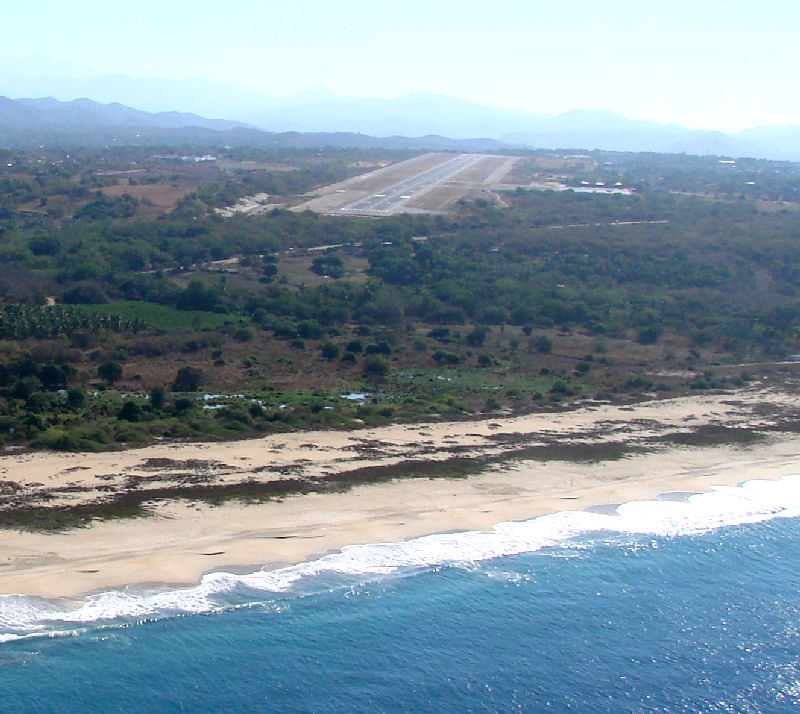 From the Puerto Escondido Visitor's Comments:

The airport opened March 1979 and was updated to an International airport in 1985, so says the airport commander, who has the title Ing (engineer) in front of his name. The update included a lengthening of the strip to itīs present 2700 meters (8858') and the installation of an instrument landing system and a control tower.

Some oldtimer told me that the old strip opened in 1970 (he thought) in what is now Rinconada. I was told that flights used to land there directly from Canada but Huatulco changed all that when the powers to be rerouted all international flights to Huatulco. 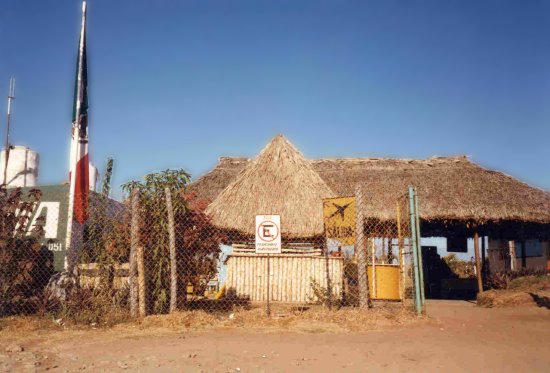 The old Puerto Escondido Airport around 1980   photo from R. Malmed